It is 10pm and blowing hard outside the wavebreaker. All work and preparation are done by now. Normal sense would say to stay in port until better weather but we are soo eager to leave we untie the lines and off we go. I always imagined this will be sort of a magical moment, I leave Brighton behind possibly forever but in the reality I di not feel anything while passing the last rocks of the breaker.. nothing… and that surprises me… but within a minute we are out in a steady near gale, around Brighton is choppy as usual and it is an unusually dark night. Spirits are high although Zoli not having used to the small boats and the rather rough nature of the english channel feels rather sea sick. Luckily the winds were calming down in a few hours.. more so it become flat glass wind less by the morning. Aiming towards the isle of wight my favourite spot around the south coast. By the evening we have some breeze back while slowly passing by the island off to the open channel. It is all perfect, gentle winds following seas and currents, perfectly shaped and placed clouds around us, the sun is going down… everything is perfect as planned…

Early morning we lose the wind totally, it is flat glass again. I mean what are the chances having 2 calm days in a row in the channel?
We are ticking around with the engine, sun is up and strong, all the waves have disappeared around midday.  Exactly at the middle of the busiest shipping channel our engine stops. After the first shock we realize most probably we have something wrapped around the prop. Really not good news. Massive cargo ships coming and going, no engine, no wind for you to move… they can not move either… you just hope that none of them plotted a line already with you on the way. Zoli being a diver jumps in on the instant and luckily he manages to unwrap the net very quickly. We where lucky. I have to admit alone it would have been a way more frightening story as later I had the brilliant opportunities to do the same manoeuvre alone twice in the Biscay but at least far from the shipping lanes. 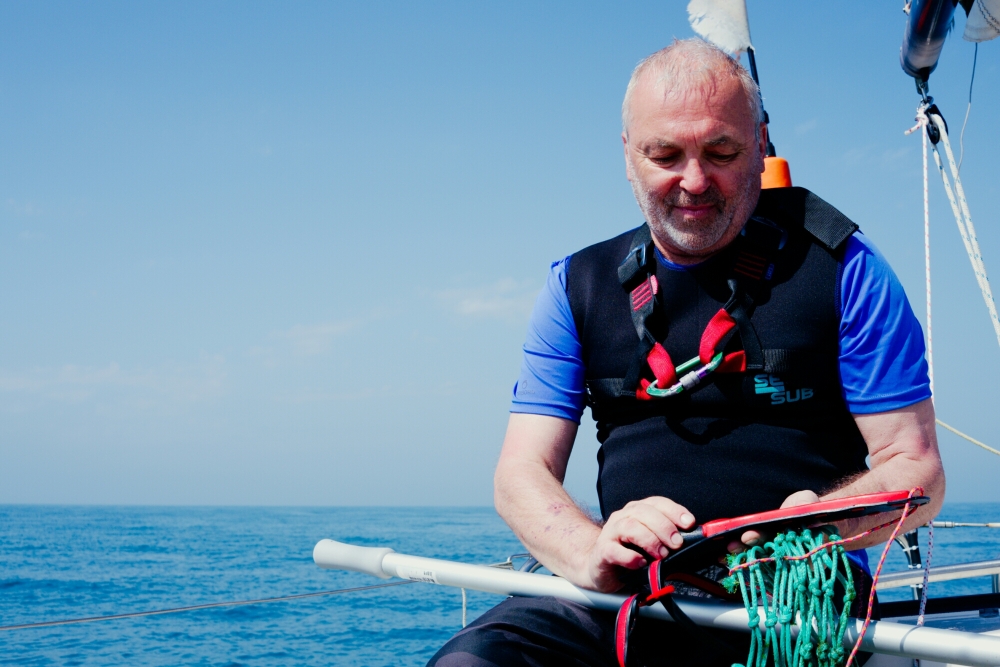 Despite the fact, that there was no wind at all during the big part of the passage we where rather satisfied by arriving to Cherbourg around midnight. Closing up the city we decided to catch a few macrels for dinner which cheered us up and also give us the necessary energy-boost to enter the rather large and complex harbour. Exhausted but proud, we did our first real passage and arrived to a new country. 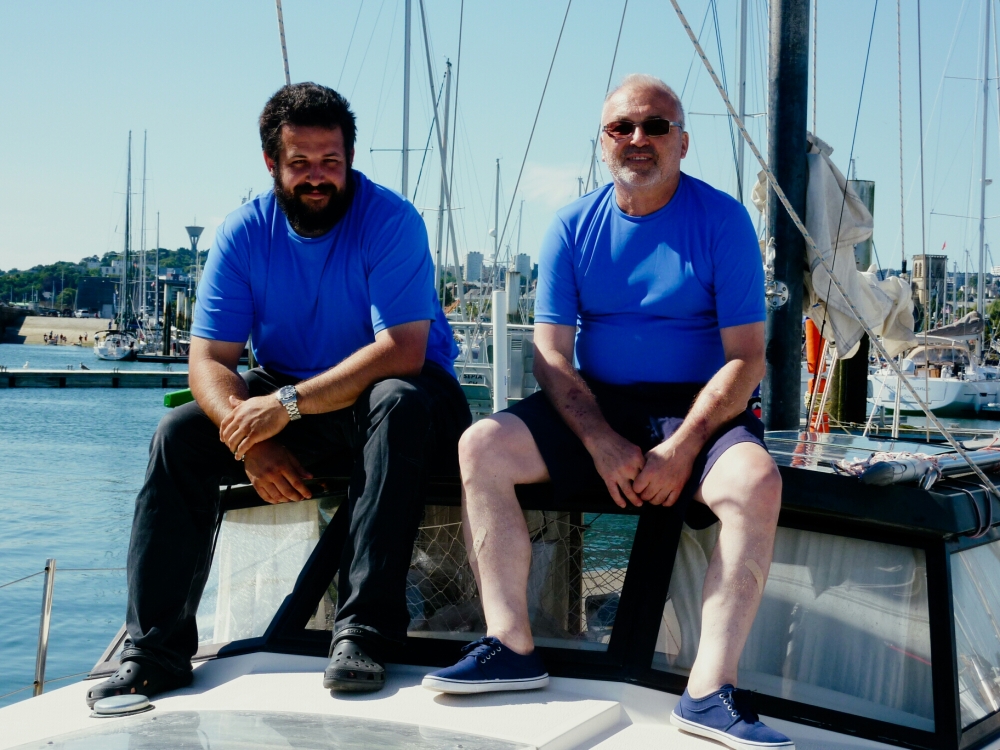